Some tips for good one-on-ones 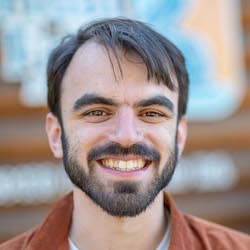 When I wrote The unreasonable effectiveness of one-on-ones, I felt like my one-on-ones mostly involved doing generic stuff that anyone who cared a lot could do. So I was surprised when someone on Hacker News left this gem of a comment:

I’ve had a thousand+ 1x1s with countless people (both as a manager and as a report), and the majority of them are just time sucking status updates, casual meet and greets, or some performance/process related discussion. Literally never have I walked out of a 1x1 and thought “wow that was unreasonably effective”.

(Thankfully, some wag beat me to the obvious retort: “There’s a common factor to all of your 1:1s, so that may be worth looking into.”)

Self-own aside, comments like that suggested that some people could use help making their one-on-ones more useful, so I’ve written up the basics of how I do mine. I don’t claim this way is the best, nor that any of it is original, but I do think it works pretty well, and at minimum it’ll prevent them from being “time sucking status updates.”

One-on-ones are for the report, not for the manager

In each case, 1:1s mostly achieve this goal by creating an affordance for the coachee to talk about those needs and get help with them. In my experience, without a recurring meeting to prompt that kind of discussion, almost everyone waits way too long to ask their manager for time.

For example, I’m basically never worried enough about Wave’s strategy to schedule a random ad-hoc meeting with my manager to discuss it. But I often have some question in the back of my mind that I’ll bring up in 1:1s, get resolved, and then feel way better. Having that default time is important!

Some examples of frequent 1:1 topics:

Without 1:1s, this kind of important, but not urgent conversation can get dropped, and people can end up ignoring feedback, not building strong relationships, or repressing concerns until they blow up messily later.

On the other hand, I’ve also found that there’s a different set of “attractors” topics that are easy to start talking about, but ultimately take time away from more valuable topics. I’ll try to steer 1:1s away from these. In particular:

Since 1:1s are for the coachee, it’s (by default) the coachee’s job to prep. The prep I ask for is a list of topics to talk about, in order of importance. (Ranking the topics is really important, in case we don’t get to the end of the list!) If there’s no prep, I usually offer to postpone (not cancel!) the meeting to give them time to prep.

(I will also occasionally add topics to our prep—usually important-but-not-urgent feedback or a periodic nudge for updates on a longer-running thread—e.g. “how is the adjustment from IC to manager going?”)

For my own 1:1s, I’ve found it useful to have a list of prompts to help me generate topics to discuss. When someone new joins Wave, I start them off with the following prompts:1

But I strongly encourage people to iterate on the prompts over time, dropping ones that don’t work for them and adding new questions that they’ve found useful to periodically think about. I’ll also often end up suggesting that people do weekly reviews as another way of generating topics.

For an example of a different prompt that I added for myself recently, right now my prep for my own 1:1s starts with an update on whether I’ve gotten enough sleep, exercise, and social time this week. I got pretty bad at that for a while and being an accountability buddy was legitimately one of the best ways Drew could help me!

During my first 1:1 with a new report, I ask for the following additional prep:

Often my coachees will ask me for my advice or thoughts on a problem. My natural instinct is to immediately give my best-guess answer, but unless I’m really confident in it, I’ve found it’s more productive to get curious and ask lots of questions first. Asking lots of questions feels slow, but it has two benefits:

Concretely, here’s what the mechanics of my 1:1s are:

We work on Wave because we think it’s an extremely effective way to improve the world. If that’s how you want to spend your career too, come work with us!